A Chinese-style poem in calligraphy by Sanjô Sanetomi, held today at the Tokyo National Museum 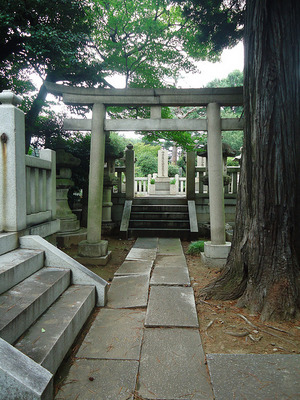 Sanjô Sanetomi was a top-ranking official in both the Bakumatsu era Tokugawa shogunate and in the Meiji government, who played a prominent role in connections with Chôshû han and the toppling of the shogunate. In the Meiji period, he served as Dajô daijin and as Naidaijin.

The fourth son of zôdaijin Sanjô Sanetsumu, Sanetomi enjoyed his genpuku on 1854/8/27[1]. He later succeeded his father to become head of the Sanjô family of court nobles. Along with his father, he became a prominent figure in the sonnô jôi movement in the 1850s-60s.

In 1863, Sanetomi was one of seven court nobles expelled from Kyoto, in an event known as the Fall of Seven Nobles Incident, after being discovered plotting against the shogunate's efforts to unite the shogunate with the Imperial family & Court. The seven made their way at that time to Chôshû, where they met up with fellow anti-shogunate rebels. Sanetomi later relocated to Dazaifu in 1865 for a time, returning to Kyoto after the Meiji Restoration. He then served as Dajô daijin from 1871 until the abolition of that post in 1885.

Sanetomi is buried at Gokoku-ji in Tokyo. The Imperial Court commissioned Tanaka Yûbi to paint a series of scroll paintings in 1900 depicting the great events of the life of Sanetomi; Yûbi produced similar scroll sets for the lives of Sanetomi's father Sanjô Sanetsumu, and Iwakura Tomomi. These beautiful scrolls remain today in the Imperial collections, and serve as a lionization of these figures as heroes of the Meiji nation.[2] Similarly, Nashinoki Shrine, located on the former grounds of the Sanjô family mansion just outside the Kyoto Imperial Palace, was re-dedicated in 1915 to the spirits of Sanetomi and his father.[3]