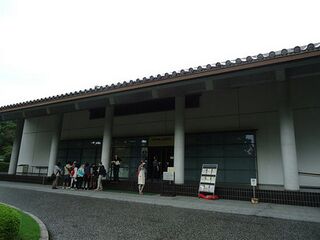 The Museum of the Imperial Collections, or Sannomaru Shôzôkan, houses and cares for the Imperial collections of artworks. The Museum, run by the Imperial Household Agency (Kunaichô), displays small exhibits from the collection in a gallery located on the grounds of the Tokyo Imperial Palace.

The museum got its start in 1989, when the Heisei Emperor and the Empress Dowager Kôjun donated to the Japanese state a collection of some 6,000 objects. The museum held its first exhibition four years later, in 1993. Over the next 20 years, the museum held 75 different exhibits.