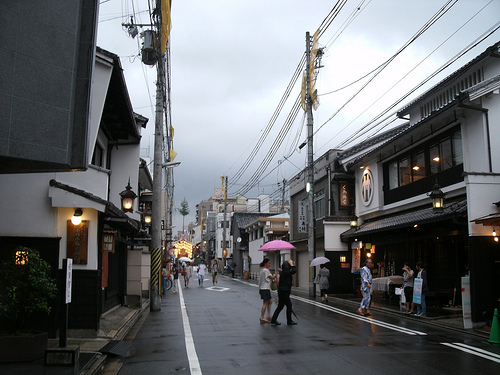 Kyoto is one of the few cities in Japan to have named streets organized on a grid system. The city was ravaged by the wars of the Sengoku period, and largely rebuilt around 1590, under Toyotomi Hideyoshi.

The following list details only a number of streets in the center of the city. 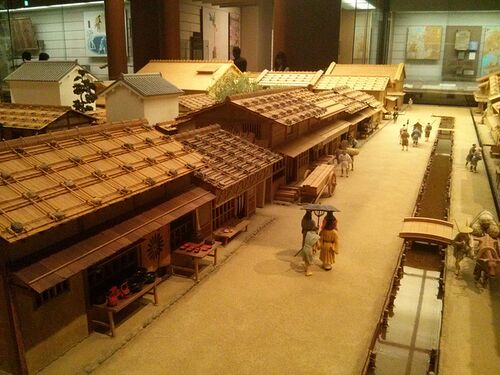 The Shijô-Muromachi area in the 1570s-1580s, as seen in a scale model at the National Museum of Japanese History