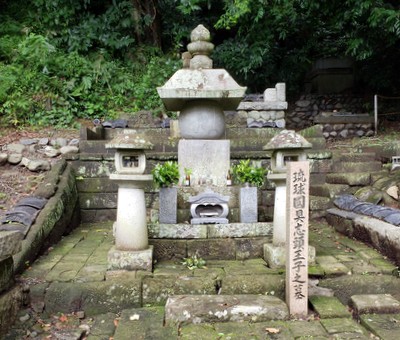 For other figures by this name, see Sho Ko.

Shô Kô was the younger brother of Shô Nei, king of the Ryûkyû Kingdom. As such, he was Crown Prince; he was a prominent political advisor and held the title "Prince [of] Gushichan." His Chinese-style name was Chôsei.

Following the 1609 invasion of Ryûkyû by samurai forces from Satsuma han, Shô Kô was taken hostage along with the king and a number of other senior officials and advisors, and brought to Japan as a prisoner in 1609/5. Unlike the king, the prince was permitted to return to Ryûkyû in the 9th month that same year along with Ikegusuku ueekata Mô Hôgi, in order to perform the necessary preparations for the following year's tribute mission to Ming Dynasty China. Once the preparations were complete, Prince Shô Kô returned to Kagoshima in 1610/3. The following month, he joined the royal entourage in departing for Sunpu. While there, he fell ill, and while the king departed for Edo, the ill prince remained behind, dying in Sunpu on 1610/8/24. The king heard of his brother's death some weeks later, but was unable to stop at Sunpu to see his brother's grave, or to pay respects, on his return trip.

Prince Shô Kô was buried at the temple of Seiken-ji at Okitsu (a Tôkaidô post-station in modern-day Shizuoka City). He came to be referred to sometimes in Ryûkyû as "Suruga ôji," or "the Suruga prince," as people thought about his grave in faraway Suruga province.[1] His grave became a customary stop made by Ryukyuan embassies to Edo during the remainder of the Edo period.