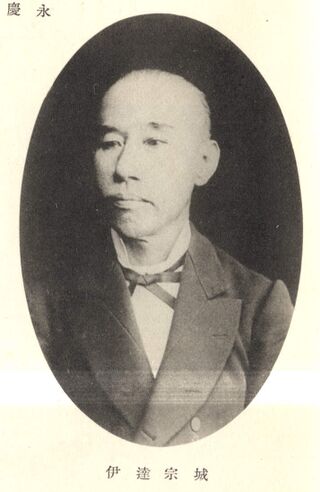 Date Munenari, in a photo from the 1942 reprinting of the Tokugawa reiten roku

Date Munenari was a daimyô of Uwajima han, known for his prominent involvement in a number of events of the Bakumatsu and Meiji periods.

In 1851, along with Kuroda Narihiro of Fukuoka han and rôjû Abe Masahiro, Munenari convinced Shimazu Narioki to abdicate as daimyô of Satsuma han, in favor of his son Shimazu Nariakira. This came at the end of considerable tensions and political maneuvering between the "conservative" Narioki and his more "progressive" (pro-Westernization) son.[1]

Munenari stepped down as lord of Uwajima on 1858/11/23 and entered retirement. He was succeeded by his younger brother Date Munee.[2]

During the visit of former US President Ulysses S. Grant to Japan in 1879, Yoshida Kiyonari and Munenari were charged with escorting Grant from one formal function to another.[3]

Munenari was one of three compilers of the Tokugawa reiten roku in 1881, alongside Ikeda Mochimasa and Matsudaira Shungaku.[4]

Following his death in 1892, Munenari was buried alongside other members of the Uwajima Date clan in Yanaka Cemetery in Tokyo. 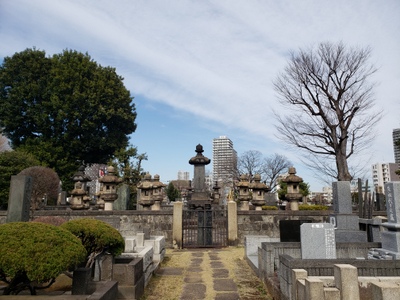