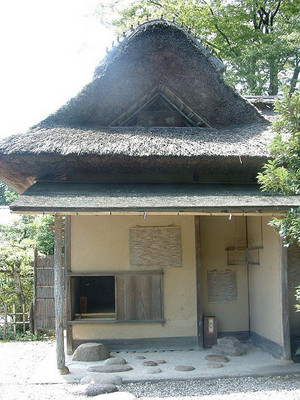 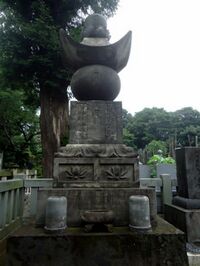 Matsudaira Fumai was the seventh Matsudaira clan daimyô of Matsue han, and a famed tea master.

Fumai became lord of Matsue at age 17, and with the help of karô Asahi Tanba, enacted reforms to improve the domain's administration. He began practicing tea ceremony at the age of 20, and later began assembling a notable collection of tea implements.

He compiled a guide to meibutsu gire (famous textiles associated with tea ceremony) published in 1789-1797, and was also involved in the rebuilding of the Kohoan at Daitoku-ji, which had been destroyed by fire in 1793.

Fumai's daughter Ikusen was the second wife of Hotta Masachika, and is buried alongside members of the Hotta clan at Jindai-ji in Sakura, Chiba prefecture.