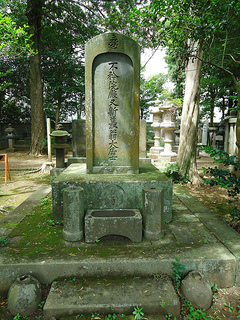 He served as lord of Annaka han in Kôzuke province, and personal secretary to the next shogun, Tokugawa Ietsuna, for a time, before being appointed wakadoshiyori (junior councillor) in 1670. He then served as lord of Koga han in Shimousa province for a brief period; Shogun Tokugawa Ietsuna was already quite ill when Masatoshi was appointed rôjû in 1679, and died the following summer. At this time, another rôjû, Sakai Tadakiyo, in a bid for personal power, proposed that the next shogun be selected from the princely houses. He sought to be regent to this new shogun, who would be made a puppet ruler. However, Masatoshi, said to have been infuriated, voiced strong opposition to this scheme; Tadakiyo resigned his post shortly afterwards, and Ietsuna's brother Tokugawa Tsunayoshi was installed as the new shogun.