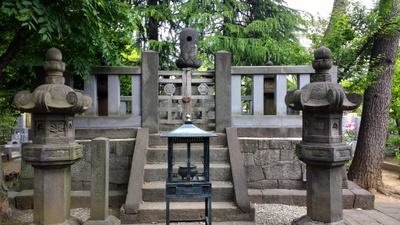 Lady Kasuga was a daughter of Saitô Toshimitsu, and wife of Inaba Masanari, known chiefly for her role as wetnurse to the young Tokugawa Takechiyo (who later became Shogun Tokugawa Iemitsu). She was recommended to Tokugawa Ieyasu by Itakura Katsushige for the position of wet nurse for Takechiyo, but it is theorized that Ieyasu himself chose her for the job as repayment for her husband's hand in convincing Kobayakawa Hideaki to join the Eastern army at Sekigahara.

Lady Kasuga supported Iemitsu's rise to the position of Shogun, and is widely accepted as having played a pivotal role in him being appointed to the position over his younger brother Tadanaga.