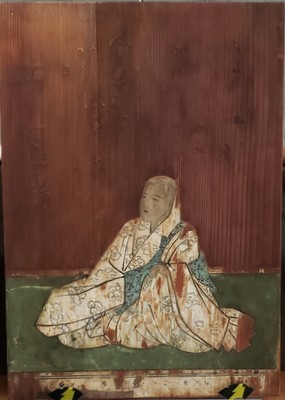 A portrait of Sosei as part of a full set of portraits of the Sanjûrokkasen long held by the Tenmangû Shrine in Moriyama, Shiga prefecture

Originally affiliated with Unrin-in (a temple founded by his father), he later moved to Sekijô-ji (Ryôin-in).