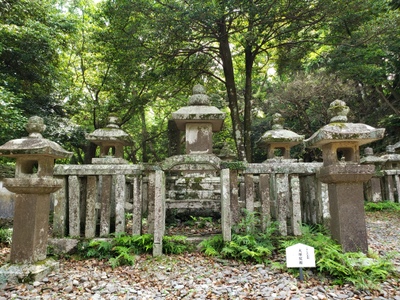 Grave of Sô Yoshishige at Banshô-in temple on Tsushima

Sô Yoshishige was the 27th head of the Sô clan and the ninth Edo period lord of Tsushima han.

The second son of Sô Yoshinobu, he served for a time as House Elder (Karô) but after his elder brother Sô Yoshiyuki died, in 1752 he succeeded him to become lord of the domain.

He was then later succeeded by his younger brother Sô Yoshinaga.