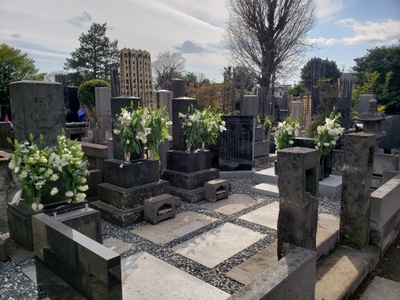 Muragaki Norimasa was a Tokugawa shogunate official of the Bakumatsu period. He is perhaps particularly known as the vice-ambassador on the 1860 Japanese Embassy to the United States, the only official overseas embassy dispatched by the shogunate.

He was reassigned from makanai-gashira to Kanjô ginmiyaku on 1854/1/14 and was simultaneously appointed Matsumae Ezo Yôkakari (officials assigned to matters in Ezo/Matsumae, i.e. Hokkaidô) alongside Hori Toshitada. The two departed Edo for Ezo two months later, on 3/27, arriving at Matsumae early in the 5th month, and at Cape Sôya towards the end of that month. In the 6th month, they crossed over to Sakhalin, where they visited Kushunkotan (a village where the Russians had set up an encampment the previous year) and conducted a survey of the area around the 50th parallel. While Hori remained in Ezo, Muragaki and a number of others returned to Edo, arriving sometime before 1854/10/15.

Once back in Edo, Muragaki was assigned by the shogunate in 1855 to a number of different tasks, including overseeing the artillery batteries (Daiba) around Edo Bay, the casting of weapons, the construction of ships, and river works projects along the Tôkaidô.

The following year, the staff of the Hakodate bugyô was expanded, and Muragaki was assigned to one of those new staff positions, contributing to surveys and inspection tours around Edo and Ezo. In 1858/10, he was named Gaikoku bugyô in addition to retaining his position as Hakodate bugyô.[1]

Several years later, on 1860/1/19, Muragaki then departed Yokohama aboard the USS Powhatan alongside lead ambassador Niimi Buzen-no-kami Masaoki, numerous other members of the embassy, and American crew and escorts. While in the United States, Muragaki kept a diary entitled Kôkai nikki, which reveals much about the Japanese thoughts and impressions upon making such a journey, including an attitude on Muragaki's part that despite their curiosity, the samurai had to refrain from indulging themselves too much in any of the activities, in order to maintain their dignity as representatives of their great nation.[2]