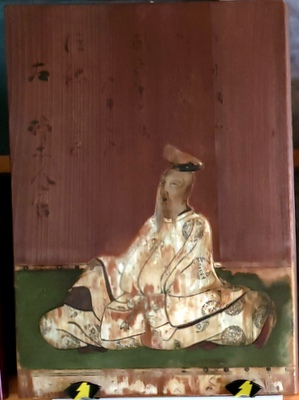 A portrait of Kakinomoto as part of a full set of portraits of the Sanjûrokkasen long held by the Tenmangû Shrine in Moriyama, Shiga prefecture

Kakinomoto no Hitomaro was a court noble and poet known for his poems in the Man'yôshû, and as one of the "36 Poetry Immortals" (Sanjûrokkasen).