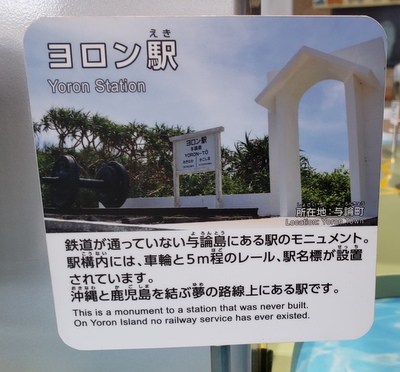 Yoron Station was meant to be one of a number of stations in a rail line which began to be constructed in the early 20th century on Yoronjima, the southernmost island in the Amami Islands, in Kagoshima prefecture.

Though nothing more was ever built, the station sign, about five meters of track, and a single pair of train wheels can be found several minutes' walk southwest of Yoron Airport, reconstructed in the postwar period and maintained as a historical marker.