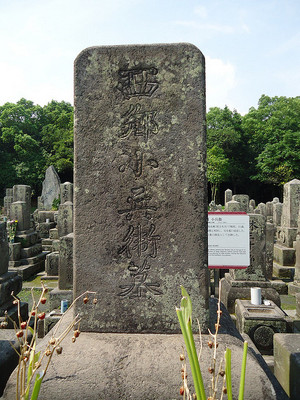 Saigô Kohei was a younger brother of Saigô Takamori and Saigô Tsugumichi. He was killed in battle during the Satsuma Rebellion in 1877.

Kohei was the youngest of seven brothers. He was five years old when their parents died, and he is said to have grown up with a particular adoration for his eldest brother, Takamori.

When Takamori rose up in rebellion against the Meiji government in 1877, Kohei joined him, heading the first battalion, first platoon, of the rebel army. He was killed at Takase in Higo province (today, Tamana City, Kumamoto prefecture) on 2/27 that year, at the age of 31, and is buried at the Nanshû Cemetery in Kagoshima.