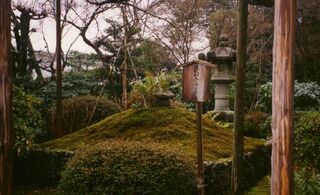 Emperor Go-Daigo is known for his short-lived Kemmu Restoration, which for a brief time in the 1330s brought a break in samurai (shogunate) rule over Japan.

Succeeding Emperor Hanazono in 1318, in 1331 Go-Daigo led a rebellion against the Kamakura shogunate; after some heated battle, Go-Daigo was eventually apprehended by forces of the shogunate in 1332 and exiled to Oki Island. The following year, as forces led by Kusunoki Masashige and others continued to fight in his name, Go-Daigo escaped from exile and returned; while Hôjô Takatoki and others led forces against him, Go-Daigo gained a major advantage as Ashikaga Takauji switched sides, declaring his support for Go-Daigo, against the Kamakura shogunate, in 1333. Takauji took Kyoto, and Nitta Yoshisada took Kamakura, that year, marking the fall of the shogunate and the beginning of the Kemmu Restoration.

Go-Daigo then attempted to re-establish an Imperial government, with the samurai class in a truly secondary position, as they had been prior to the establishment of the Kamakura shogunate in 1192 (or prior to Taira no Kiyomori's rise to power in the 1150s). He named Imperial Prince Morinaga (and later Prince Norinaga) Shogun, passing over Ashikaga Takauji for the title. Takauji and others are said to have felt the emperor's rewards for their loyal service to have been insufficient, as well.

When the Hôjô clan rose up again in 1335, Takauji took it upon himself to crush their rebellion, and then set himself up in Kamakura. After some other power plays, Go-Daigo eventually decided to label Takauji a traitor and call for his destruction; not willing to declare himself in opposition to an emperor, Takauji named Nitta Yoshisada, his former ally and one of Go-Daigo's chief generals, his enemy. After much fighting, Go-Daigo handed over the Imperial Regalia to the Ashikaga and fled Kyoto for Yoshino, while Takauji took up residence in Kyoto and declared the establishment of the Ashikaga shogunate. Later claiming those regalia to be forgeries, and claiming to still possess the true regalia, Go-Daigo continued to assert his claim to the throne against the Ashikaga's choice, thus marking the beginning of the Nanboku-chô, or Northern and Southern Courts period.

Go-Daigo died in 1339. Tenryû-ji in the Arashiyama area of Kyoto was established by Takauji in his memory. His sons included Prince Morinaga and Prince Kanenaga.

This article is a placeholder or stub. You can help SamuraiWiki by expanding it.
Retrieved from "http://samurai-archives.com/w/index.php?title=Emperor_Go-Daigo&oldid=30285"
Categories: