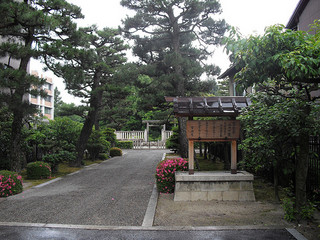 For a period in the early 14th century, the Imperial succession alternated between two lines of descent, as a political compromise between two factions within the Imperial Court. This arrangement eventually led to a fracture between the two lines; from 1334 until 1392, a period known as the Nanboku-chô period, the two lineages ruled concurrently, as Northern and Southern Court, each claiming the other to be illegitimate and pretenders to the throne.

The Kamakura shogunate established its ability to interfere in internal Court politics, and the imperial succession, with its victory over the forces of Emperor Go-Toba in the 1221 Jôkyû Disturbance.

Meanwhile, over the course of the 13th century, the Imperial succession came to be divided, or confused, with some emperors being descended from Emperor Go-Fukakusa (r. 1246-1259), and some emperors descended from Go-Fukakusa's younger brother, Emperor Kameyama (r. 1259-1274). Combined with the practice of emperors abdicating and retiring, a situation emerged in which multiple retired emperors were concurrently active in Court politics, multiple of whom had first sons with legitimate claims to the succession.

In 1297, the disputes between the two lineages came to a head. Exercising its power to involve itself in Court politics, the shogunate demanded that Emperor Go-Uda (Daikaku-ji line) abdicate the throne in favor of his cousin Emperor Fushimi (Jimyô-in line), against the wishes of Retired Emperor Kameyama (Daikaku-ji line). A succession dispute ensued, with some elements at Court supporting Kameyama, and others his nephew Fushimi.

The shogunate attempted to resolve the situation by suggesting a compromise, in which the succession would alternate between the two lines. Backed by the shogunate, Emperor Fushimi won the immediate succession dispute, and managed to have his son succeed him as Emperor Go-Fushimi (r. 1298-1301) before the succession alternated back to the Daikaku-ji line, with Emperor Go-Nijô in 1301.

Emperor Go-Daigo sought to put an end to this system, and to restore power to the Imperial Court, igniting a complex series of events[1] which led to the collapse of the Kamakura shogunate, the rise of the Ashikaga shogunate, and the beginning of the Nanboku-chô period. His own Daikaku-ji line ruled as emperors of the Southern Court, from their base in Yoshino, while the shogunate-backed Jimyô-in line continued to rule in Kyoto as the Northern Court. This state of affairs lasted until 1392, when the Southern Court was eliminated, and the Northern Court reinstated a singular emperor, and singular line of succession.