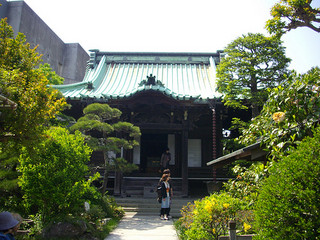 Daigyô-ji is a Nichiren Buddhist temple in Kamakura.

The temple's name was originally written with the characters 「大行寺」, but it is said that the name was changed to 「大巧寺」 after Minamoto no Yoritomo held a strategy meeting at the temple, and went on to win a victory in battle.

The chief deity worshipped at Daigyô-ji is Ubusume, goddess of childbirth. The head priest of the temple, Nittô, established Ubusume as such in 1532, in conjunction with a memorial service he organized for the wife of Akiyama Kageyu, who had died in childbirth.