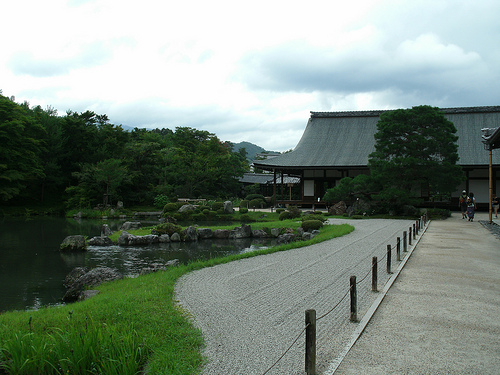 The site was previously that of Danrin-ji, established in the 9th century as the first Zen temple in Japan. Emperor Kameyama built a villa on the site in the 13th century, and Kameyama's grandson, Emperor Go-Daigo, was raised and educated in large part there.