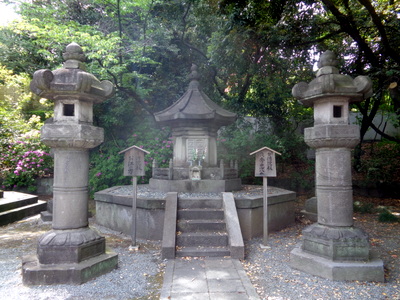 Hidetada was the third son of Tokugawa Ieyasu through one of the latter's consorts and was known in his youth as Nagamaru. He was named the heir to the Tokugawa and he acted as a hostage to Toyotomi Hideyoshi during the Odawara Campaign (1590). Hideyoshi both presided over his coming of age ceremony and gave him the character 'Hide' to use in his name. During the Sekigahara Campaign he was initially responsible for conducting operations in the east against the Uesugi, but departed westward with 38,000 men to join his father. Along the way, he became distracted by the resistance of the Sanada at Ueda castle in Shinano. He attempted to bring the castle down and when he failed to make any impression on the defenses, moved on. As a consequence of his decision to attack Ueda, he missed the Battle of Sekigahara, a mishap for which he was harshly rebuked by his father. He was named the shôgun in 1605, although his father continued to rule from retirement. He played an active role in the Osaka castle sieges, although he and his father argued more then once on the course the campaign should take, with Hidetada calling for a direct assault while Ieyasu favored caution. Following the death of Ieyasu in 1616, Hidetada worked to strengthen the power of the Tokugawa bakufu, including arranging the marriage of his daughter to the Emperor Go-Mizunoo; a product of this marriage assumed the throne in 1629 as the Empress Meishô. Hidetada was married to Oeyo, a daughter of Asai Nagamasa and Oda Nobunaga's sister Oichi. Hidetada retired in 1623 in favor of his son Iemitsu. He had two younger sons, Tokugawa Tadanaga and Hoshina Masayuki. Iemitsu was known after his death as Taitoku-in.