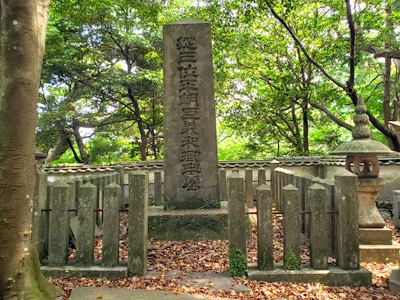 Sô Yoshiyori was the 32nd head of the Sô clan and the 15th Edo period lord of Tsushima han. He succeeded Sô Yoshiaya in 1842 and ruled for twenty years, being succeeded by his son Sô Yoshiakira.

Yoshiyori's time as lord of Tsushima saw significant factional struggles as well as foreign interactions. His chief House Elder, Sasu Iori, petitioned the Tokugawa shogunate on multiple occasions, beginning in 1859, to permit the Sô house to simply relinquish claims to the island, renouncing the domain and leaving to the shogunate the problem of dealing with the ever-increasing number of Western ships. This issue came to a head in the 1861 "Tsushima Incident," in which the Russian ship Posadnik anchored at Tsushima, performed repairs, attempted to build some sort of permanent camp or base on the island, and refused to leave for months, was a particularly dramatic episode. The Rôjû and even British consul Rutherford Alcock attempted to mediate and resolve the situation to no avail; ultimately, Iosif Antonovich Goshkevich (Russian consul based in Hakodate) and another Russian naval ship arrived to order Birilev, commander of the Posadnik, to leave.[1] Despite additional petitions, the shogunate never granted Yoshiyori permission to renounce his fief; the Sô retained power in the domain until the abolition of the han in 1871.

Meanwhile, Yoshiyori had a number of consorts, and factions emerged among his retainers between those who supported different sons to be his heir. A number of Yoshiyori's first heirs died young. After one such son, a child of Yoshiyori's by his consort Midori, died in 1859, Iori supported Midori's other son being named heir while a number of other retainers supported Yoshinojô, Yoshiyori's son by his samurai wife, becoming heir. This sort of factionalism was common in Edo period domains, but in this particular case, Iori imprisoned many of those who opposed him, and simply pushed others out of official positions and power. Ultimately, this factionalism led to an attack on Yoshiyori's mansion in 1860 by several hundred men seeking to free those Iori had imprisoned; two years later, members of this same faction launched an attack on the domain's mansion in Edo and killed Iori. This faction then gained ascendancy within the domain government, and ultimately forced Yoshiyori to step down in favor of Yoshinojô, who then became lord of Tsushima under the name Sô Yoshiakira.[2]