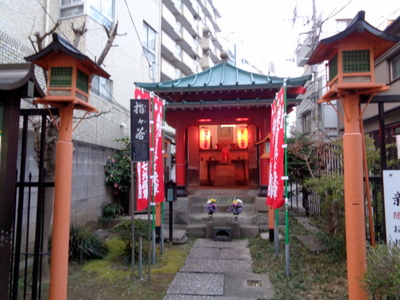 The Great Oshichi Fire of 1682 was a disaster which began when a young woman known as Yaoya Oshichi started a fire in order to enable her to meet with her lover Sahei again; the fire spread and in the end destroyed a large section of downtown Edo.

Oshichi, 17, was sentenced to public execution, and is buried at Enjô-ji in what is now the Hongô area of Tokyo.

Dramatized versions of her story very soon came to be told in rakugo and by other sorts of street musicians and storytellers. Ihara Saikaku published a version of her story, entitled Yaoya Monogatari ("The Tale of Yaoya") in 1686, and a kabuki production called Oshichi Utasaiban came to be performed in Osaka.

The shogunate soon afterwards (in 1686) issued an ordinance against rumors, songs, published materials, and the like relating to recent events.