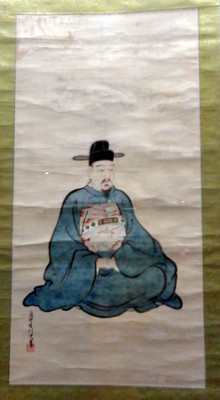 He was a student of Kanô Tan'yû. After assisting Tan'yû in recreating the scheme of wall paintings for the interiors of Edo castle, Tsunenobu was granted the title hôin in 1709.

Tsunenobu also had a relationship with the Sô clan lords of Tsushima han, producing byôbu (folding screen) paintings for the king of Korea on the occasions of both the 1682 and 1711 Korean embassies to Edo, as well as a portrait of the head of the 1711 embassy, Jo Tae-eok.[1]