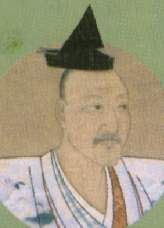 Ujiyasu, considered by some scholars to be the greatest of the Hôjô Daimyô, fought his first battle in 1530 (Ozawahara) and 15 years later won one of the great encounters of the 16th Century.

Ujiyasu, for years his father Ujitsuna's understudy, assumed control of the Hôjô after Ujitsuna's death in 1541 and faced an Uesugi clan that, while weakened, was determined to halt the Hôjô's drive into the Kanto. Before his death Ujitsuna had thrown up a series of forts, chief among which was Kawagoe, defended in 1545 by Hôjô Tsunanari. The now-united branches of the Uesugi, whose forces counted those of Ashikaga Haruuji and the support of Imagawa Ujichika, launched an attack on Kawagoe that year and isolated the fort. Ujiyasu came to Kawagoe's rescue, and in a brilliant night attack (one of the most notable examples of night fighting in samurai history) Ujiyasu and Tsunanari crushed the Uesugi and their allies. This victory marked the decisive turning point in the struggle for the Kanto. In the following years the Ogigayatsu-Uesugi would be effectively eliminated, and the Yamaouchi-Uesugi driven into Kozuke.

Faced with almost endless warfare, Ujiyasu was compelled to reorganize the administration of the Hôjô lands. He had already ordered a series of aggressive cadastral surveys between 1542 and 1543 and in 1550 overhauled the Kandaka taxation system. Odawara was gradually transformed into an important trading center by modifying the region's throughways (which were hitherto designed with Kamakura as a hub) and creating an artisan's guild within the castle town. In addition, post stations and market places sprung up throughout the Hôjô's lands.

By 1560 the Hôjô were gradually assuming the defensive posture they would become known for. To a greater or lesser extent, this was forced on them by the political situation. After Kawagoe (1545) the smaller daimyo of the Kanto were all either subjects of the Hôjô or defeated, leaving only the Yamaouchi Uesugi. In 1551 Ujiyasu defeated Uesugi Norimasa at Harai and forced him to flee to Echigo, where he was taken into the protective custody of his retainer Nagao Kagetora. Nagao assumed control of the Uesugi, and would in time become known as Uesugi Kenshin - the greatest of the Hôjô's opponents. The Hôjô's western borders were all but blocked by the now-powerful Takeda and the Imagawa, leaving Kozuke and the eastern Kanto provinces as viable areas of expansion. Ujiyasu was never able to bring Kozuke under his control, instead forced to 'share' it with Uesugi Kenshin and Takeda Shingen. To the east, the Satomi proved an implacable enemy. In 1564 Satomi Yoshihiro captured Konodai Castle but was immediately and soundly defeated by Ujiyasu in the Second Battle of Konodai (a rerun of Hôjô Ujitsuna's victory over Yoshihiro's father in 1538). Following this victory Ujiyasu pushed on into Shimosa and Kazusa, but was never able to destroy the Satomi, who remained a thorn in the Hôjô's side right up until 1590. Ujiyasu's eastern moves brought the Hôjô into conflict with the Satake of Hitachi and to the limit of their expansion. After Second Konodai the Hôjô largely contented themselves with ruling the vast tracts of land earned through 60 years of war and toil.

Uesugi Kenshin would occupy many of Ujiyasu's remaining years. In 1561 Uesugi invaded the Kanto and managed to march as far as Odawara, which he besieged for two months. Running low on supplies, Kenshin burned Odawara's town and went home, returning two years later to recapture Musashi-Matsuyama (originally taken by the Hôjô in 1537). Ujiyasu and Kenshin were destined to clash many times in the 1560's, but never fought a decisive or even substantial battle, confining themselves to raids and sieges-mostly in Kozuke. The Hôjô and Takeda's relationship was more complex, ranging from relative peace to all-out war. In 1562 The Hôjô and Takeda made an alliance and Takeda Shingen adopted Ujiyasu's 7th son; in 1568-1569 the Hôjô and Takeda fought a series of battles over Suruga province culminating in the brief Second Siege of Odawara and the Battle of Mimasetoge in 1569.

In 1560 Ujiyasu had officially retired in favor of his eldest son Ujimasa, but continued to guide the clan until his death in 1571. Both a gifted general and administrator, Ujiyasu stands out as one of the foremost rulers of his day, although his achievements would be overshadowed by the demise of his clan two decades later.