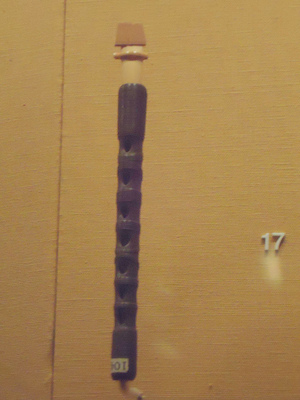 A hichiriki on display at the Metropolitan Museum

Sometimes classified as a shawm, the hichiriki is said to have "an unusual reverse conical bore which narrows at the open end." It is used in both gagaku and bugaku to play the melody lines alongside the ryûteki.