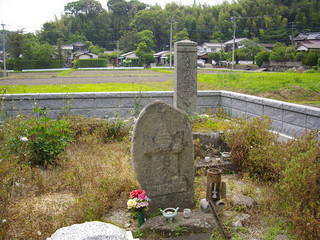 Genbô was a prominent Buddhist monk of the Nara period.

Born into the Ato clan, he entered the priesthood in 716, and traveled to China for the first time the following year, along with Kibi Makibi and Abe Nakamaro. There, he studied the teachings of the Hossô sect, and was gifted a purple monk's robe by Emperor Xuanzong. He returned to Japan in 735 with a number of Buddhist sculptures and roughly 5000 sutra scrolls. These he offered to the sutra-copying workshop of Empress Kômyô, where they became the source for copies of the complete Buddhist scriptures. The Empress, in return, had the temple Kairyûô-ji built in Kyoto in his name.

In 737, Genbô was named sôjô (high Buddhist priest), and came to oversee Buddhist rituals in the inner practice halls of the Imperial Palace. In this role, he worked to combat epidemics, and helped ease the depression of Fujiwara no Miyako (the mother of Emperor Shômu).

Upon his return from China, he had been assigned to aid in the construction of the temple of Kanzeon-ji in Dazaifu. Soon after its completion, he died; it is said he was perhaps killed by the ghost of his political rival Fujiwara no Hirotsugu.

Today, his gravesite is surrounded by a low stone wall, separating it from the private property which surrounds it. A worship hall known as the Ômi-dô at Kôfuku-ji in Nara is often said to have been built by Genbô, but was more likely built for his memorial.