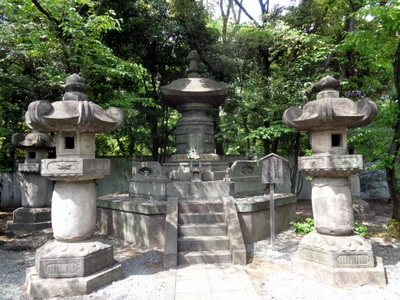 The second son of Tokugawa Ienari, and the only surviving son not adopted away into another samurai family, he succeeded his father as shogun on 1837/9/2 following Ienari's abdication. His reign saw the Tenpô Reforms of Mizuno Tadakuni, and the beginnings of the Bakumatsu period and foreign policy efforts by Abe Masahiro.

Ieyoshi fell ill shortly before the arrival of Commodore Perry to Uraga in the 6th month of 1853, and died on 1853/6/22, shortly after Perry's departure (while Perry was in Ryûkyû). Several months later, Ieyoshi was succeeded by his son Tokugawa Iesada.

The imperial court posthumously granted him the title of Dajô Daijin, the Senior First Rank, and the posthumous Buddhist name Shintokuin.