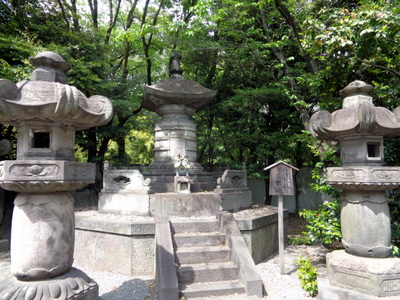 Tokugawa Ieshige was the eldest son of Tokugawa Yoshimune, and succeeded Yoshimune to become the ninth Tokugawa shogun in 1745. He stepped down in favor of his eldest son, Tokugawa Ieharu, on 1760/5/13[1], and died the following year.

Ieshige has been described by Conrad Totman as "a tragic wreck of a man, suffering from a crippled body, hopeless alcoholism, and a speech defect which left him incoherent."[2]

He became shogun on 1745/11/2, after his father Yoshimune officially stepped down roughly a month earlier, on 9/25.