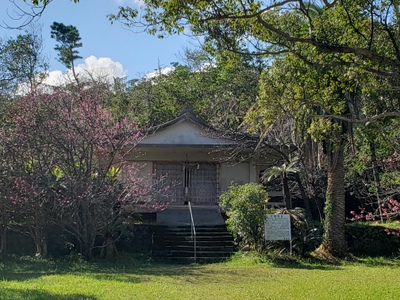 Taira no Yukimori was a Taira clan warrior who fought in the Genpei Wars and is believed to have likely died in the Battle of Dan no Ura in 1185.

According to local legends associated with a Taira no Yukimori Shrine (Taira no Yukimori jinja) on the island of Amami Ôshima, Yukimori did not die in the battle, however, but instead fled to Amami along with his compatriots Taira no Arimori and Taira no Sukemori. The three "invaded" or attacked the island and set up fortresses in three different parts of the island, the sites of which later became Shinto shrines dedicated to their memory. Legends associated with the Yukimori Shrine assert that he played a notable role in guiding or teaching the locals in techniques of rice agriculture and fishing, and in matters of morals and ethics, for which he is still praised today.