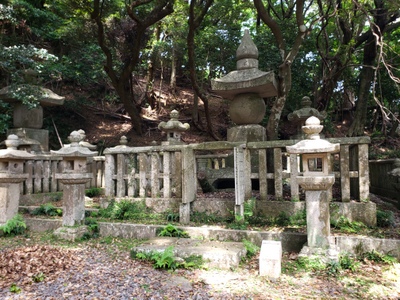 Grave of Sô Yoshinari at Banshô-in on Tsushima

Yoshinari was the second son of Sô Yoshitoshi, who he succeeded as lord of Tsushima in 1615. He married a daughter of Hino Sukekatsu who came to be known as Yôgoyku-in dono.

In 1635, Tsushima domain Karô Yanagawa Shigeoki accused the Sô clan of falsifying formal diplomatic communications with the Korean royal court. This eventually resulted in Yoshinari, Shigeoki, and others being received in audience by Shogun Tokugawa Iemitsu, in Edo castle, with Iemitsu considering the accusations directly. In the end, the shogunate allowed the Sô house to retain their lordship over Tsushima and their unique privileges and responsibilities in handling relations with Korea; Shigeoki was exiled to Tsugaru.[1]