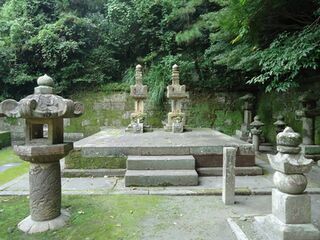 Shimazu Tsunahisa was the eldest son of Shimazu Mitsuhisa,[1] and held the court rank of Lower Junior Fourth Rank. He was named Chamberlain (侍従, jijû) in 1651.

When Mitsuhisa fell ill in 1649, Tsunahisa served as proxy for his father escorting that year's Ryukyuan embassy to Edo and engaging in various formal ceremonial interactions with the shogunate in conjunction with that embassy on behalf of his father.[2] He died, however, in 1673 prior to succeeding his father as lord of Satsuma; upon Mitsuhisa's retirement in 1687, he was succeeded by Tsunahisa's son Shimazu Tsunataka.[3]