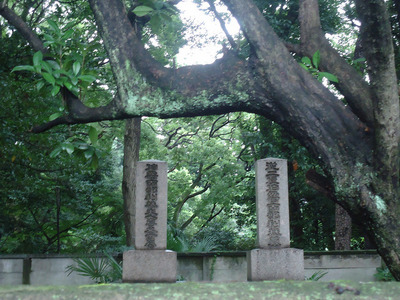 Nanbu Toshiyuki was a Meiji period daimyô and kazoku (aristocrat).

Toshiyuki was the eldest son of Nanbu Toshihisa, lord of Morioka han. In 1868, Toshihisa was declared an enemy of the court, and had his 200,000 koku domain seized. As a result, Toshiyuki succeeded his father to become head of the Nanbu clan, and lord of the 130,000 koku domain of Iwashiro Shiraishi. The following year, under the new Meiji government, he returned to Morioka, and was granted a salary of 700,000 ryô.

Following his death, Toshiyuki was buried at Gokoku-ji in Tokyo, where his father was also buried.