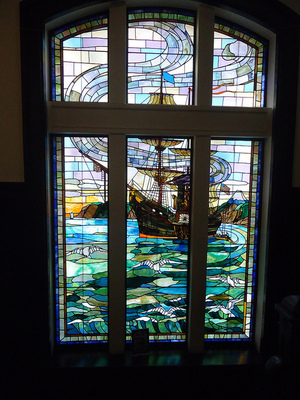 The USS Powhatan was a United States Navy frigate. It was one of the so-called "black ships" that entered Edo Bay in 1854, and the site of the signing of the Harris Treaty in 1858; in 1860, it carried the first Japanese embassy to the United States from Yokohama to Panama, where the embassy crossed the isthmus by rail, and continued on to Washington DC onboard the USS Roanoke.