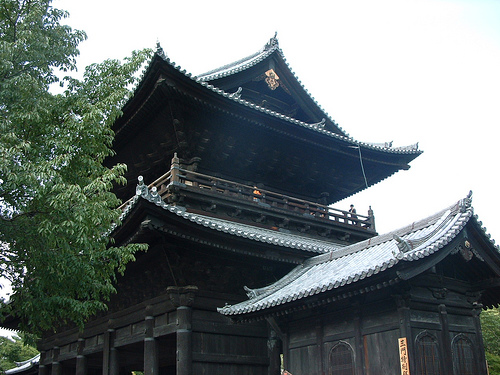 The temple traces its origins to Emperor Kameyama's 1264 establishment of a villa he called Zenrinjiden. In 1291, the Kameyama then converted the villa into a Zen temple; its first head priest was Daimin-kokushi. Many of the temple's buildings were completed under the second head priest, Nan'in-kokushi.

Beyond the temple's main gate (sanmon) stands a second gate known as the Chokushimon (lit. "Imperial messenger gate"). Originally the hi-no-gomon of the Kyoto Imperial Palace, it was granted to the temple by Emperor Meishô in 1641.