From SamuraiWiki
(Redirected from So Yoshitomo)
Jump to navigationJump to search 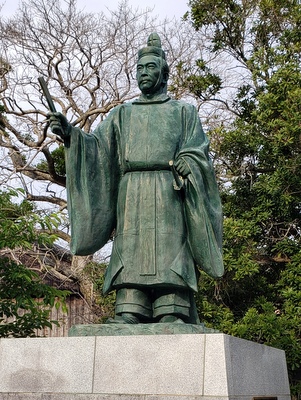 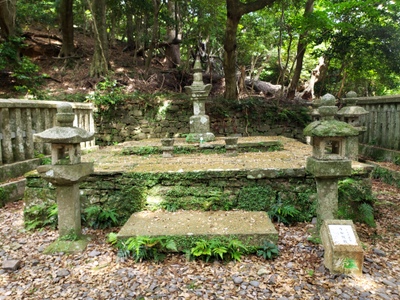 Grave of Sô Yoshitoshi at Banshô-in temple on Tsushima

Yoshitoshi was the 19th head of the Sô clan and the first Edo period lord of Tsushima han. The fourth son of Sô Masamori, he was a son-in-law of Konishi Yukinaga and succeeded to become head of the Sô house in 1588. Yoshitoshi served in the Korean Invasions under Yukinaga and later sided with Tokugawa Ieyasu during the Sekigahara Campaign (1600), though he took no part in the fighting at Sekigahara.

Yoshitoshi later worked to restore normal relations with Korea. He eventually succeeded, with an official Korean embassy first arriving in 1607, and the Kiyû Treaty being concluded two years later. Following this, the Tokugawa shogunate affirmed the Sô clan's sole (monopoly) rights on Japanese diplomatic and trade relations with Korea.[2]

Upon his death in 1615, his son Sô Yoshinari became daimyô.

A statue of Yoshitoshi was erected on Tsushima in 2016, in connection with the 400th anniversary of his death, celebrating Yoshitoshi as a symbol of friendly relations between Japan and Korea.[2]