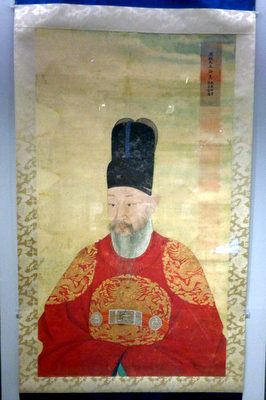 King Yeongjo was a king of Joseon Dynasty Korea. Yeongjo's reign of nearly 52 years, from 1724 to 1776, was the longest of the Joseon period,[1] and saw what is often called the "Korean Renaissance," a cultural golden age which continued under his grandson & successor, King Jeongjo (r. 1776-1800).

He was a younger brother of his predecessor as king, King Gyeongjong, being the second son of King Sukjong and Sukjong's consort Sukbin Choi.[2]

Yeongjo had only two sons. His elder son did in 1728 at the age of ten. After his second son, Sado, was born, the latter was named Crown Prince at the age of one. Twenty-six years later, in the course of some political conflict, Yeongjo killed the Crown Prince; the details of this conflict, and the reasons underlying it, remain unclear.