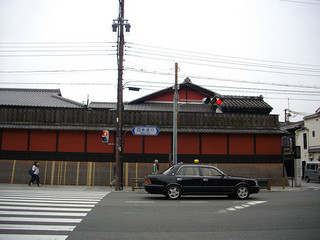 Ichiriki, as seen from the Shijô-dôri side.

The Ichiriki Chaya is a teahouse in the Gion district of Kyoto which dates back to the 17th century. It is located at the corner of Shijô-dôri and Hanami-kôji.

It is famous in particular for its appearance in the kabuki play Kanadehon Chûshingura; Ôishi Kuranosuke, one of the 47 Ronin, is said to have stayed there for a time. The teahouse also featured prominently in the film "Memoirs of a Geisha," but despite the fame and popularity of that book, and film, it is said that Ichiriki is so exclusive (as most geisha houses are) that Arthur Golden, author of the book, was never able to get in.