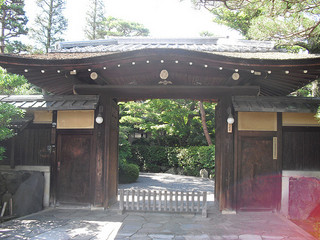 Hosshô-ji was a temple in Kyoto established by Emperor Shirakawa in 1075.

The site had formerly been a Fujiwara clan villa, but came into the hands of Emperor Shirakawa during the time of Shirakawa's father-in-law Fujiwara no Morozane (1042-1101). The villa thus came to be called the Shirakawa-in; Emperor Shirakawa built a temple on the grounds and called it Hosshô-ji. It included an 80 meter tall octagonal nine-story pagoda, the tallest building in the country at that time.

The grounds are today the home of a private school.