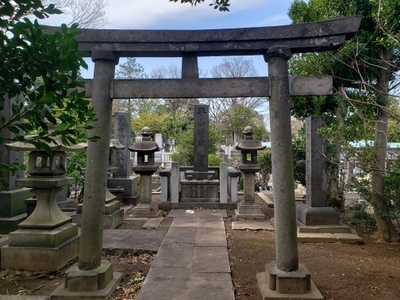 Hirayama Yoshitada was a Tokugawa shogunate official who, while holding the post of kachi-metsuke in 1854, participated in receptions and meetings with Commodore Matthew Perry.

When negotiations regarding the opening of Shimoda were still underway in the first two months of 1854, Hirayama was among the officials who boarded Perry's ships several times and were present for those discussions. When Perry turned to sail to Hakodate in the 4th month of that year, Hirayama was among those quickly dispatched to meet him there. They arrived in the 5th month and met with Perry again, this time to negotiate policies governing American activity in the port of Hakodate.

By 1859, Yoshitada was holding the post of Shomotsu bugyô when he was dismissed from his post and forced into house confinement as part of the Ansei Purges.[1]