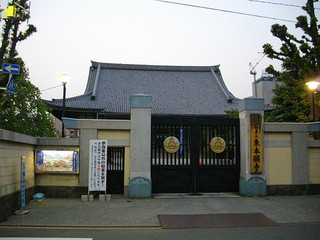 The gates of Higashi Hongan-ji, in Asakusa

From 1682 until the end of the Edo period, Korean embassies to Edo were regularly lodged here during their time in Edo.