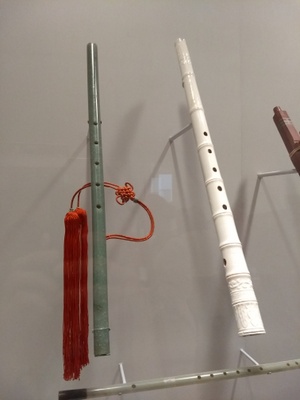 Dòngxiāo are perhaps most strongly associated with southeastern China and Taiwan, and with literati, scholarly, and Confucian contexts; they were not only used in China, however, but were also standard elements of uzagaku (Chinese-style chamber music) ensembles in the Ryûkyûan royal court, and in Ryukyuan embassies' performances in Edo.