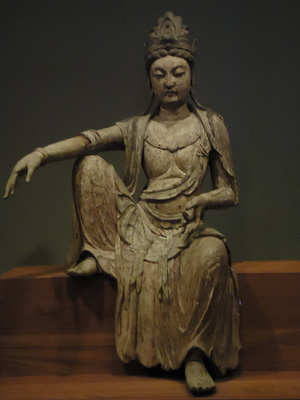 The Western Xia, or Xi Xia, was a Tangut state controlling parts of Inner Mongolia and northwestern China proper in the 11th to early 13th centuries. Its territory was located to the west of the Khitan Liao Dynasty, the northwest of the Chinese Song Dynasty, and north of Tibet. Though not known for balancing Sinification and nomadic steppe traditions as successfully as the Liao, Xi Xia is still known for its exquisite Buddhist sculpture.

Xi Xia invaded Song territory in Shanxi province in the year of its founding, in 1038, beginning a war with the Song which was to last until 1044. During this time, the Song developed improved crossbows, gunpowder weapons, catapults, shields, and other projectile weapons. Eventually, the two sides achieved an agreement, by which the Song paid tribute to the Tanguts in exchange for peace, as the Song simultaneously did with the Khitans.