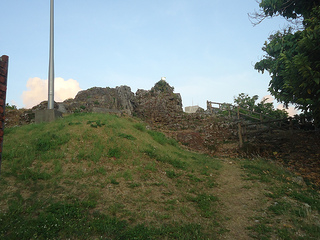 Sanmôji is a hill and public park in the Tsuji district of Naha. It is famous as the supposed late 17th or early 18th century meeting place (according to the 1886 Nantô kiji gaihen by Nishimura Sutezô) of three of Ryûkyû's most famous scholars: Tei Junsoku, Sai On, and Suguri Yamada.

The site's name developed out of its previous name, Sanmonju (lit. "three literary pearls"), referring to the three eminent scholars who met there. Some documents refer to the site as samôshi (三孟子), referring to the great Chinese thinker Mencius (J: Môshi), among other names.