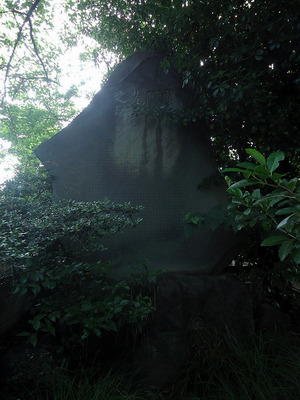 Sakatani Rôro was a notable writer of the Edo period.

Born in Bitchû province, Rôro followed his father - a shogunate official - in moving to Osaka, where he studied under Ôshio Heihachirô. Later relocating to Edo, he studied under Sakaya Seikei and Koga Tôan, and began to earn his own literary fame.

At the age of 26, he returned home to Bitchû province, where he opened a school called Ôkeijuku and began acquiring students. In 1868, he was invited to Hiroshima to teach there, and after three years in the service of the lord of Hiroshima, he returned to Tokyo. He then went through positions in several government ministries, and opened a new school, but died of illness very shortly afterward, in 1881. He is buried at Yanaka Cemetery.