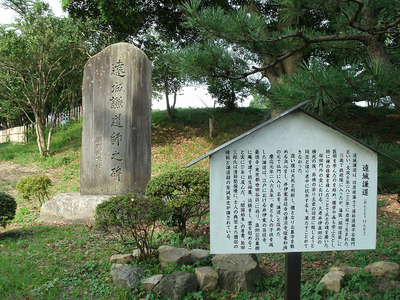 Onjô Kendô was a samurai scholar and Buddhist monk known for his exceptional devotion to his lord, Ii Naosuke.

Born into a low-ranking samurai family in Hikone in 1823, Onjô Heiemon entered the domain's gunnery squad at the age of 15, but soon afterwards began studying medicine under a domain physician. He also studied painting, Confucianism, and Zen practice.

After the Sakuradamongai Incident in which his lord Ii Naosuke was killed, Onjô felt a deep sense of loyalty, and wished to devote himself further to his lord in some fashion. Feeling that following his lord in death by committing seppuku was "a dog's death," however, he decided to instead become a monk and devote himself to watching over Naosuke's grave. He became a disciple of the head of Seiryô-ji, the Ii clan family temple, and took on the monastic name Kendô.

In 1865, he moved to Edo, leaving behind a wife and six children, and took up a position at the Ii clan temple of Gôtoku-ji, where he devoted himself to watching over Naosuke's grave, tidying and cleaning the cemetery, reciting sutras, and other such activities, for the next 37 years. After his death in 1910, gravestones were erected for Onjô both at Gôtoku-ji and at Hikone castle, next to those for Naosuke.