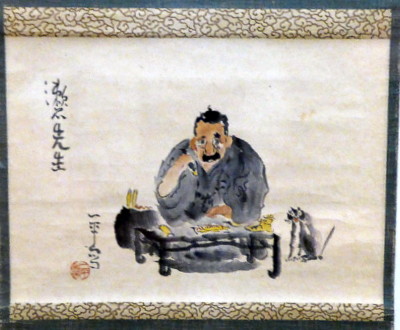 Soseki as depicted by Okamoto Ippei in a series on patriotic history.

Natsume Soseki was a Meiji period novelist, regarded today as one of the most famous and influential figures in the history of Japanese modern literature.

His earliest biography was written by Ikezaki Tadataka, one of his students.[1]