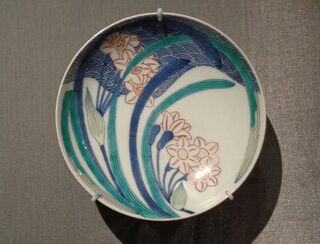 Distinctive versions unique to Nabeshima wares of the overglaze enamel techniques introduced to Japan from China in the 1640s were passed down among Nabeshima wares artists as carefully guarded secrets. Efforts to maintain this secrecy extended to forbidding most potters in the area of the kilns at Ôkawachi (today, Imari City) from traveling; some scholars have described them as "virtual prisoners."[1]

Only a very few copies of a given design (usually no more than ten) were produced, and secrets of the techniques were kept closely guarded.