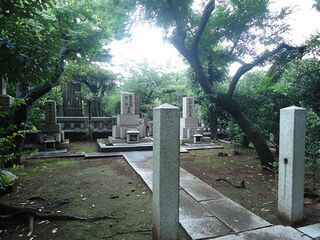 Ikeda Shigeaki was a prominent banking executive and government official of the early 20th century, serving at times on the board of directors of Mitsui Bank, as president of the Bank of Japan, and as Minister of Finance and Minister of Agriculture and Commerce.

Born into a Yonezawa han samurai family, Ikeda attended Keio Academy, and Harvard University, graduating from the latter in 1895. After returning to Japan, he worked briefly for Jiji Shinpô (Jiji News), and then took a job with Mitsui Bank. Ikeda became the head of certain divisions of Mitsui's finance or moneylending business from 1919 onward. Following the murder of Dan Takuma in 1932, he became a member of the board of directors of Mitsui, and helped put into place a number of policies within the Mitsui zaibatsu (conglomerate), including mandatory retirement and public stock trading. In 1937, he became president of the Bank of Japan, and the following year became a member of the cabinet under Prime Minister Konoe Fumimaro, serving concurrently as Minister of Finance and Minister of Agriculture and Commerce. Three years later, he was named a member of the Privy Council.

Following his death in 1950, Ikeda was buried at Gokoku-ji in Tokyo, alongside a number of his relatives.