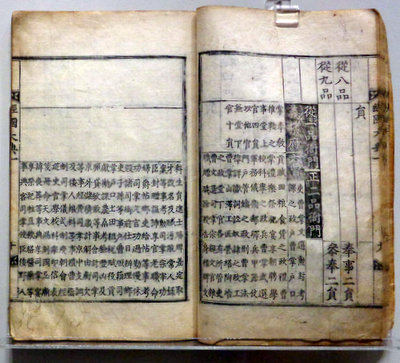 A 1661 copy of the Gyeongguk Daejeon. National Museum of Korea.

The Gyeongguk Daejeon, or "Complete Code of National Governance," was the official compilation of Joseon dynasty Korean law.

Originally published in 1485, it contains a total of 319 codes, organized according to the six ministries of Joseon government: Rites, Taxation, Personnel, Justice, Military Affairs, and Public Works.