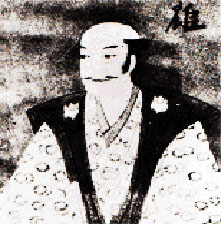 A samurai of Owari, Fukushima served Toyotomi Hideyoshi in the Shizugatake Campaign (1583) and gained recognition as one of that battle's 'Seven Spears' alongside Kato Kiyomasa, Kato Yoshiaki, et cetera, being rewarded for his bravery with land worth 5,000 koku.

During the Kanto Campaign (1590) Fukushima took part in the attack on Nirayama, though the Tokugawa forces he was assigned to failed to reduce it. When the Korean Campaign began (1592) Masanori was the Lord of Imaharu in Iyo, (Shikoku), and was called upon to lead some 4,800 troops in the so-called Fifth Division, which also included the forces of Chosokabe and Hachisuka Iemasa. During the course of the campaign, Fukushima, like the majority of samurai serving on the peninsula, was to be tied down fighting guerillas, in his case those of Chungchong province.

After the abortive overseas adventure was called off, Fukushima was given a sizable piece of land in his native Owari worth some 200,000 koku freed up by the execution in 1595 of Toyotomi Hidetsugu. Following Hideyoshi's death, Tokugawa Ieyasu courted Masanori's friendship, and gave him an adopted daughter in marriage. Fukushima had no particular love for Ishida Mitsunari, and so when the Sekigahara Campaign began, he lend his support to the Tokugawa forces. With the assistance of Ikeda Terumasa, Masanori captured Gifu-jo in Mino. In the later stages of the assault, Masanori and Terumasa very nearly came to blows over who would have the honor of leading the final attack. A compromise was hastily struck - Ikeda would attack the rear of the castle, and Fukushima would assault the front.

Fukushima's troops joined Tokugawa's main army, and stood in the vanguard in the Battle of Sekigahara. This time, Masanori was cheated out of first blood by Ii Naomasa, who decided the place of honor should go to an old Tokugawa hand and rushed out in front and initiated the action. However appalled Fukushima might have felt at this snub, his men did good work in the battle, holding the Ukita men and, with other Eastern troops, finally breaking them. Praised for his performance, Masanori was given the fief of Hiroshima in Aki (worth 498,000 koku). Ieyasu never fully trusted Masanori, however, and ordered him to rebuild Nagoya Castle as a way of liquidating some of that 498,000 koku income. Masanori asked to be allowed to join the Osaka Campaigns (1614-15), but was detained in Edo. The new Shogun, Hidetada, seems to have trusted Masanori even less than his father, and once Ieyasu died, Hidetada accused him of poor governance and transferred him to a 45,000 koku fief at Kawanakajima (Shinano). His younger brother Masayori had already been deprived of his 30,000 koku fief in Yamato in 1615.