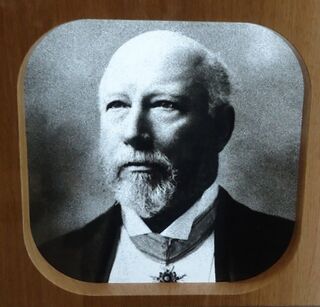 Francis Henry Trevithick was an oyatoi gaikokujin, a European brought to Japan by the Meiji government to aid in the development of Japan's railroads.

He first arrived in Japan in 1876. After working for some time as agency president (kikan gata tôtori) in Kobe, he was transferred to Tokyo, where he was based at Shinbashi Station and served as director of locomotives (kisha kantoku). When his contract ended in 1897, he returned home to Europe.

His older brother, Richard Francis Trevithick, was also involved in the development of Japan's railroads at that time.